5 Robots That Changed The World: The Iconic Forerunners Of The Tesla Bot


This is a fun article from Benziga of some of the important robotic breakthroughs that have lead to Tesla announcing the Tesla Bot.

We all know Elon likes to make pop culture references and nods to the past so maybe one of these will be easter eggs in the bot. 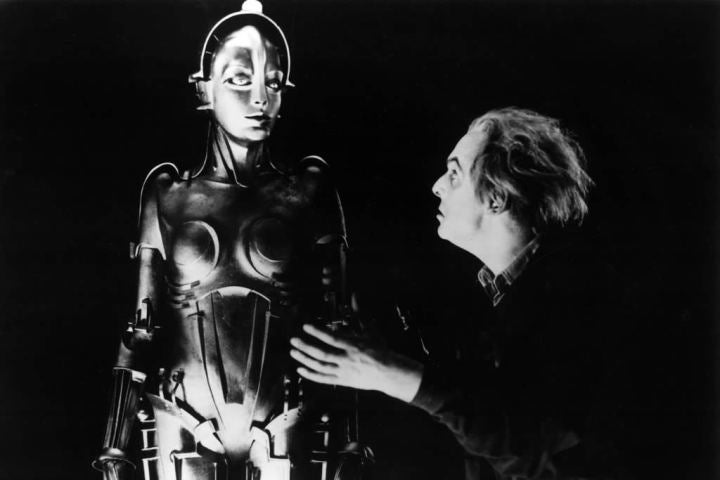 5 Robots That Changed The World: The Iconic Forerunners Of The Tesla Bot - Tesla (NASDAQ:TSLA)

1. Vaucanson’s Duck: The early 18th century French inventor Jacques de Vaucanson specialized in the creation of intricate automata, although his attempts at creating mechanized facsimiles of humans were seriously imperfect.

His greatest success came with his least likely invention: a mechanical duck consisting of more than 400 moving parts that enabled it to flap its wings, drink water, digest grain and defecate – the latter trick seemed to spark the happiest response from those who witnessed Vaucanson’s presentation, with no less a figure than Voltaire singing its praises. In reality, the mechanical duck didn’t digest its food – a pre-loaded tube of excretion was in place to simulate its droppings.

While the mechanical duck gained Vaucanson a royal commission to improve French manufacturing – he invented the first industrial metal cutting slide rest lathe in 1760 – he tired of his automata works and never pursued them further. Vaucanson’s duck was acquired by several private collectors over the years before being destroyed in a Polish museum fire in 1879.

2. The Robot Maria: While the modern concept of robots can be traced to Czech playwright Karel Čapek’s 1920 drama “R.U.R.” – which also put the word “robot” into the vocabulary – the popular concept of mechanized robots as a force of destruction and evil can be traced to German filmmaker Fritz Lang’s 1927 science fiction masterpiece “Metropolis.”

In the film, the mad scientist Rotwang is recruited by Freder, the ruler of the dystopian city Metropolis, to give the robot the likeness of Maria, the gentle preacher who is seen as a threat to Freder’s authoritarian rule. Rotwang kidnaps Maria and uses his advanced electronic machinery to turn the metal creation into a flesh-and-blood replica of Maria, albeit with a seriously evil personality.

Brigitte Helm, who played Maria, was also tasked with playing the robot. But the costume was heavy and uncomfortable for Helm to wear, which explains why the robot has relatively few body movements in the film. Still, this first-ever big screen robot was the mother of all mechanized creations featured in popular science-fiction, horror and comedy films for successive decades.


3. Eric: Built by British inventors William Richards and Alan Reffell, this six-foot, 140-pound aluminum robot was the surprise hit of the Exhibition of the Society of Model Engineers at London's Royal Horticultural Hall in 1928. Eric gained the spotlight when the Duke of York (later King George VI cancelled his scheduled speech to open the exhibition. Instead of the royal, Eric greeted the exhibit office by rising from a chair, bowing and giving a four-minute speech while moving his head and arms.

Eric’s voice was relayed by a radio signal, and his chest bore the “R.U.R.” letters from Čapek's play. Eric was unable to walk because his feet are fastened to a box containing a 12-volt electric motor, while his body was home another motor along with 11 electro-magnets and roughly three miles of wire. He moved his arms and head while speaking.
The successful debut of Eric led to a global tour 1929, and other humanoid automatons including Japan’s Gakutensoku and Westinghouse’s Elektro which became popular features at exhibitions. Eric’s fate is unknown, but a replica based on the robot’s original drawings was created in 2017.

Developed by Stanford Research Institute International with funding by a U.S. Department of Defense agency, Shakey was the first machine that used software to enact goal-based results based on an early version of artificial intelligence.

Shakey’s abilities were first displayed in a 1969 video and was quickly hailed in the media as major breakthrough in robotics. However, the mobile machine’s size created an awkward impression during movement, with the name “Shakey” coming from its tendency to shake visibly while in motion.


5. Roomba: While the average person may look on with fascination at various advancements in robotics, it often seems these high-tech breakthroughs have little value in daily life. That changed in 2002 when the Roomba from iRobot brought a robotic element to the quotidian task of housecleaning.

The circular Roomba uses sensors to navigate floors while vacuuming up dust and dirt. Later models in the product line included built-in cameras that work with onboard mapping and navigational software to effectively chart out the areas in need of cleaning.

The Roomba is something of a high-maintenance robot – its canister requires emptying after ever cleaning job and its battery life is not extensive – but it nonetheless represented one step forward in making robotics an integral aspect of everyday life.
1 - 1 of 1 Posts