Jump to Latest
ironman
Asimo's 22-year career has officially come to an end. 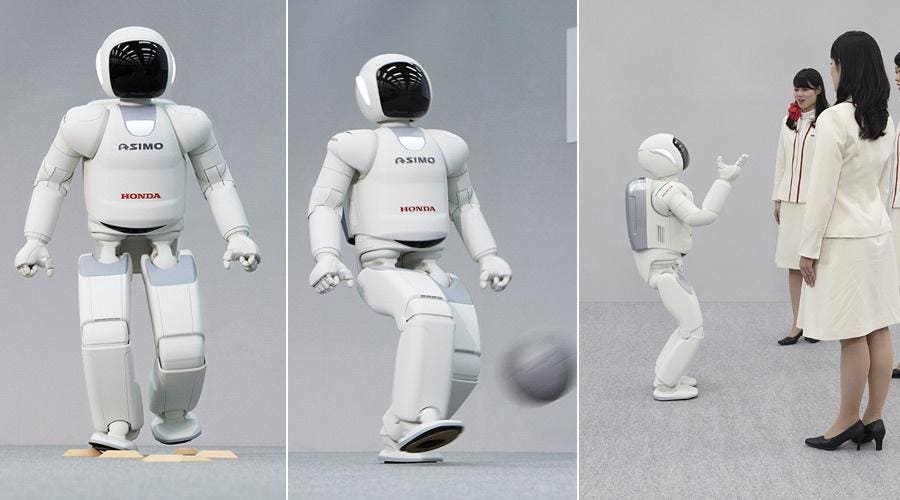 www.forbes.com
"Honda’s charismatic robot Asimo is retiring this week, ending a 22-year career. The child-sized robot made a name for itself some two decades ago when it rang the bell at the New York Stock Exchange in 2002, then conducted the Detroit Symphony Orchestra in 2008 and greeted President Obama when he visited Japan in 2014. Asimo quickly became a symbol of Japan’s pioneering robot technology as it made special guest appearances around the world.


In mid-2018, Honda posted the last update of Asimo through their official website stating that it would be ceasing all development and production of Asimo robots in order to focus of more practical applications of the technology. Since then, the robot has been appearing regularly on stage at Honda’s Tokyo headquarters entertaining kids and parents alike with its clever antics.

The 4 ft 3 in tall 119 lb robot can also walk, talk, run, climb stairs, kick a soccer ball, and pour coffee into a cup. Looking like a mini-astronaut ready for a spacewalk, this humanoid robot also starred in a series of brilliantly conceived TV commercials with kids promoting Honda over a decade ago. Created initially to be a real-life interpretation of the popular animated robot “Astro Boy”, Honda’s Asimo was given life back in 2000."