Jump to Latest
ironman
This teaser shows what the cabin of the Tesla Semi will look like. 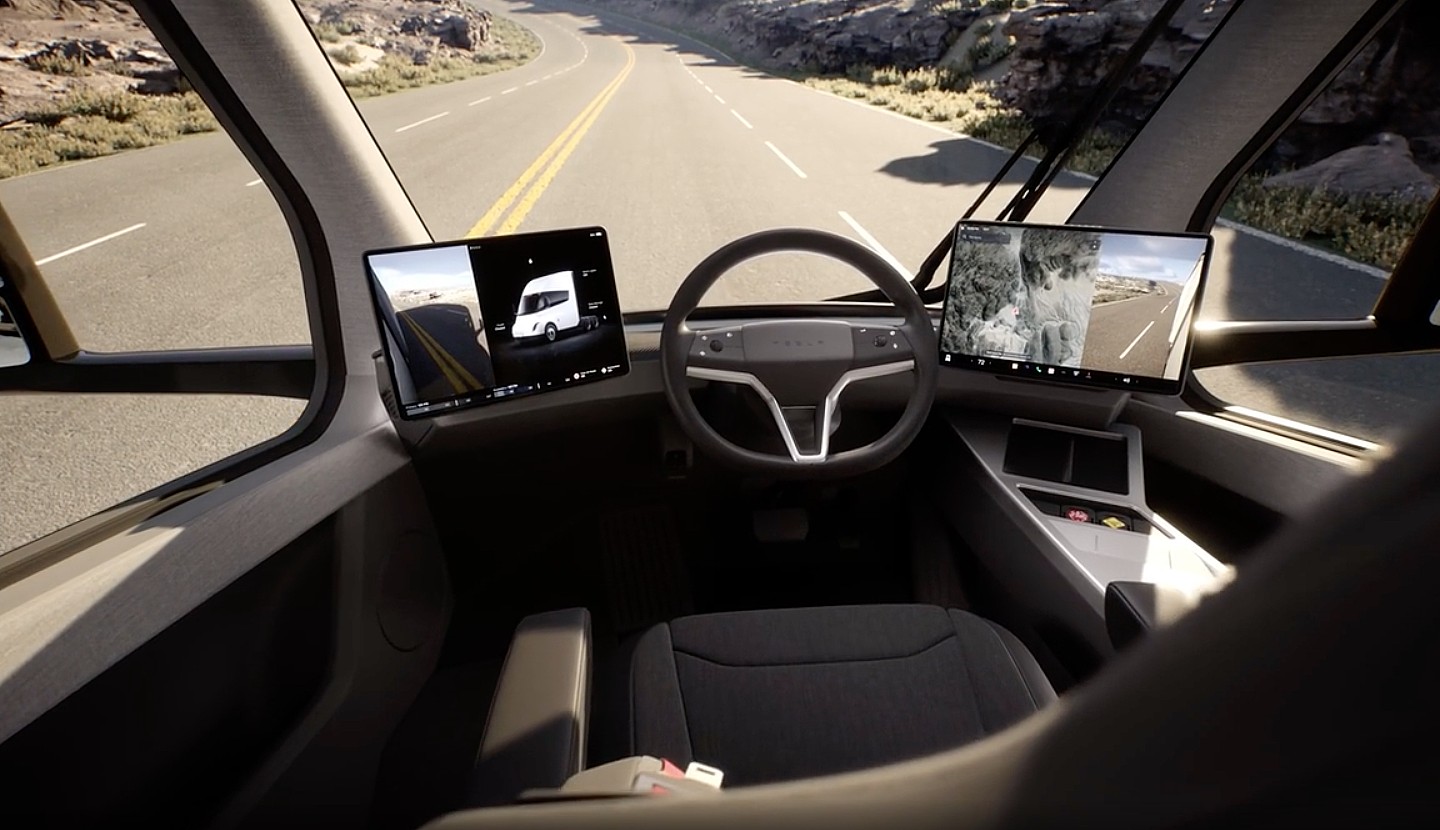 The Tesla Semi production interior has been teased in the electric vehicle company's new teaser images -- it happens to be extremely cool.

www.teslarati.com
If Elon Musk’s recent comments are any indication, the Tesla Semi will be entering production later this year. Interestingly enough, the EV maker has updated the vehicle’s official webpage, including, among other things, what appears to be a teaser of the Tesla Semi production interior. Needless to say, it looks fantastic, but might also be polarizing for some.

The interior of the Tesla Semi has been pretty elusive since the vehicle’s first iteration was unveiled in late 2017. Back then, the Semi’s interior featured a lot of the original Model 3’s elements, from its dashboard to its driver displays. Tesla’s updated webpage for the Semi featured some changes from the original Semi’s interior, and some of them are noteworthy.

The updated Tesla Semi interior. (Credit: Tesla)
Also interesting is the apparent lack of stalks in the steering column, so changing gears and accessing features like the wipers would likely require a small learning curve. The Semi also seems poised to be equipped with dual phone chargers, which would likely be appreciated as drivers would be able to charge their phone and possibly a spare battery pack at the same time.

Overall, it is likely that the Tesla Semi is already nearing — if not already on — its production version. And considering the increasing number of the trucks being spotted across the United States, it does seem like the Semi may be starting its deliveries later this year. Considering the truck’s stalkless driving system and (likely touch-based) steering wheel controls, however, some drivers may find themselves adjusting a bit before getting the hang of driving the Class 8 all-electric truck.

Tesla’s short teaser of the Tesla Semi production interior can be viewed below.

Written By:
ironman
Follow View All Authors
0 Replies
1 - 1 of 1 Posts
About this Article
0 likes
0 Replies
Written By: